This week has been very introspective for me.  I have a lot on my mind. 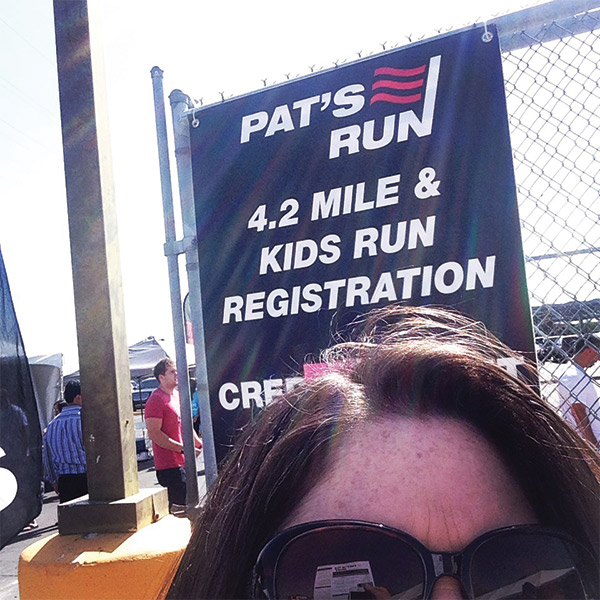 Everything I’ve been feeling and thinking about came to a head yesterday when I went to register Paul for Pat’s Run.  If you don’t remember or are unfamiliar with the Pat Tillman story, click here.

If you’ve been there before, you know that the atmosphere surrounding a race is electric with excitement and is so intense, it is almost tangible.  Whether they have been working for months to put the race on, training for months to be in it, working to help make the race run smoothly or are just there to cheer someone on, all that positive energy is being put toward one thing, a successful race.  There is just something so intoxicating to me about all these small parts suddenly become one amazing thing.

When I went to the Pat’s Run Headquarters yesterday the feeling was different.  The excitement I described was there, people were happy and helpful.  At the same time, there was a quiet reverence underlying everything.  Every tent, sign, t-shirt, handout and person there, seemed to act as another reminder of a heartbreaking tragedy.

I can’t tell if I just identify with the story or if I was surprised by the emotions but it was overwhelming and I sat in my car and cried before I drove home.

I don’t know which part of me identifies most. 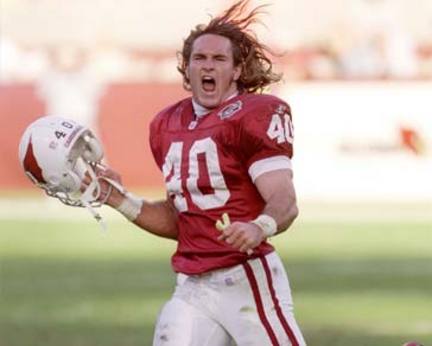 Is it the “mother of sons” part of me?  Do I see Pat as a beautiful boy with a future so full of hope and promise; the epitome of health and courage and character that I wished for when I smiled at my baby boys? 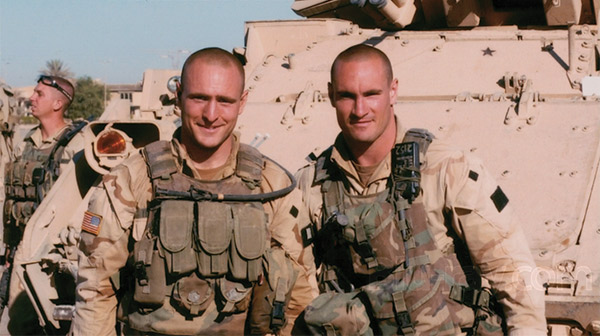 Or is it the “wife of a soldier” part of me, who is familiar with the feeling of sending the most important thing in the world to me, into harm’s way?  At best, knowing that he would be uncomfortable and exhausted and lonely.  At worst, that he would return changed or not at all.

Either way, I have a visceral reaction when I think of Pat’s story and I ask all the same questions.

What did his wife say when they told her?

How did his mother react?

Why did he die?

Does his death have meaning?

Is anyone/anything really directing these things?

What other paths did President Bush have to choose from?

Does America really understand or appreciate or even simply acknowledge the treasure that has been lost in the deaths of these valiant men and women?

Pat Tillman represents everyone who joined the military after 9/11 to serve their country.

He represents everyone who joined with friends and brothers or because their grandfathers and dads served before them.

He represents every beautiful boy or girl whose life was cut short in the most violent ways imaginable, far from home and the people they love.

He represents those who returned home with horrific injuries to body, mind and/or soul.

His death represents the stupidity and utter waste of war.

I remember when Pat joined the army and I recall a man on a morning talk show saying, “I can’t believe he left a professional football career to join the army!  I don’t know anybody who would do that.  I didn’t know people like that really existed.”

I guess I’m just lucky because I know hundreds of people who are just that extraordinary; the very best our country has to offer.  Educated, accomplished men and women who could be captains of industry, making great deals of money but instead chose a life of service and discipline. Men and women who think it a privilege to be a part of something bigger then themselves.

Photos found on various websites, not sure who to give credit too.

This site uses Akismet to reduce spam. Learn how your comment data is processed.